Whether you’re already in the habit or not, Runners Tech Perth has got all the best running routes plotted out just for you. 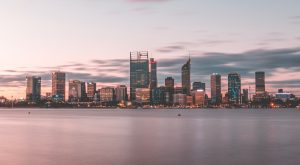 When it comes to running, there’s often only two ways about it. You’re either already in the habit of running on a regular basis, or you’re not! Regardless which side of the fence you find yourself on, there’s no changing the fact that running remains one of the best forms of exercise there is available.

Let’s face the facts – running is free, and there are no limits as to where you can go to get your running done. If this doesn’t have you convinced of the benefits it brings, then all you have to do is do a quick search to learn the countless ways it can improve your health and general wellbeing.

Whether you live an active or sedentary lifestyle, running is one activity that will bring wonders to boost your cardiovascular health. Apart from this primary benefit of being good for your heart and circulatory system, running is also a great activity to consider because it aids with regulating your mood, and ensuring a healthy diet.

Good for the heart, mind, and body – could you ask for a better form of regular exercise? Well, we at Runners Tech Perth would think not! Whether you’re among seasoned runners in Perth or are considering taking up the activity with a runner’s club in Perth, we’ve got the ultimate tip for you. While some would opt for flashy running gear or gadgets to make their runs more fun, few things will beat the appeal of a good run like a good running route can.

Read on to see what our top picks are when it comes to finding the best running route in Perth!

The whole point of a good running route is to find yourself amidst great scenery while you clock your kilometres in. Any running coach in Perth would say the same! If treadmills aren’t your thing, then we at Runners Tech Perth highly encourage picking out a favourite stretch along Perth’s abundant coastline to get your regular running done. When it comes to picking out a stretch of coastline in Perth to make the best runs possible, plenty of runners in Perth would swear by the stretch of coastline between North Fremantle and Cottesloe. It’s a six to 10 kilometre stretch of coastal scenery, depending on where you set your midpoint, and sure to make for the best sights as you blissfully track your way to better fitness.

Here, runners in Perth definitely find themselves treated to some of the best beach scenery there is available along the coastline. It arguably boasts some of the best coastal sights in the state of Western Australia, and runners in Perth are always glad to find a good amount of flat surface whenever they pick this route out for themselves. So go ahead and try it out with a buddy, or perhaps bring your dog along to check out this lovely little stretch that’s known to be a top favourite among runners in Perth!

If you prefer a route that’s a little bit closer inland towards the city centre, then have we got just the route for you. Runners in Perth love finding a bit of time out of their daily schedules to squeeze in a convenient run, and few routes offer as much convenience as the riverside loop that begins at McCallum Park, and loops along the Swan River foreshore. Take it from us at Runners Tech Perth when we say that this is about one of the most popular choices of running routes among runners in Perth.

Not only does it offer a bit more convenience from being located closer to the city centre, but it also provides runners in Perth with some of the most amazing urban views available in the city! Apart from that, who could possibly say no to the serene views that you’ll get from running along the riverside? Don’t miss out the amazing views you’ll find along the route, as you pace your way with sights of Kings Park and the Perth City skyline to serve as milestones throughout your run.

When it comes to picking out a favourite running route, few runners clubs in Perth are unaware of the Applecross Foreshore. Not only does it boast spectacular skyline views of Perth City, it also happens to feature some of the best spots for family picnics and leisurely weekend strolls. There’s plenty to be said about a running route that takes you along the riverbank, but who could pass up a good run with the best view of the City that one can find in Perth?

The entire stretch itself takes you about eight kilometres along the foreshore, with notable points for runners in Perth to stop and appreciate the view. If you’re keen on taking a break or two during your run, consider how the boardwalk and Applecross jetty offer picture perfect moments that are perfect for any Instagram post!

Getting in Step with Runners in Perth

So you’ve heard what we at Runners Tech Perth have to say about all the benefits that can be found with keeping a good running habit. Besides checking out these top three running routes in Perth, consider how you can make your running effort a social activity.

With plenty of apps and gadgets to help you track your runs and share your progress on social media, who knows how you might be able to find yourself in league with a likeminded runners clubs in Perth? Check these spots out the next time you find yourself motivated for a run. You never know how else a good running habit can benefit your lifestyle! 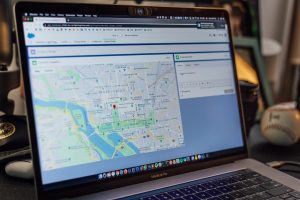 How to run a marathon in Perth!

Run into 2020 in Western Australia like you own it!